Who Insures Your Pension? 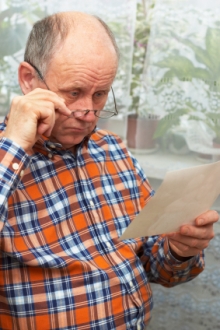 Detroit’s bankruptcy filing has captured the attention of the nation. Among those creditors potentially left hanging are Detroit’s pensioners. The pension funds currently had an estimated shortfall of about $3.5 billion as of June 30th. Employees of a bankrupt business with a promised pension have a safety net called the Pension Benefit Guaranty Corp., or PBGC. The PBGC insures a minimal level of benefits to the retirees. The yearly maximum guaranteed benefit for a 65-year-old retiree is $57,500 in 2013. But municipal workers do not have a similar pension safety net in case of bankruptcy.

The question for Detroit’s pensioners will be resolved in bankruptcy court and the outcome will have ripple effects across the country. The city of Central Falls, RI declared bankruptcy in 2011 and slashed one in three of its retirees’ pension checks by more than half. Detroit and Central Falls are not unique circumstances. The Center for Retirement Research at Boston College reckons that states’ pensions are underfunded by $1 trillion. Northwestern University estimates the funding gap is closer to $3 trillion for state pensions and $600 billion for local governments.

The feasibility of pensions as a retirement tool has deteriorated over the past 40 years. The biggest problem for pensions has been the advances in medicine allowing Americans to live much longer. A 65-year-old woman is expected to live three years longer than in 1970. Added to this complication is the fact that 10,000 baby boomers are reaching retirement age every day. That pace will continue for the next 15 years.

The private sector recognized this growing problem several years ago. The U.S. Department of Labor estimates only 15% of private-sector workers are covered by defined-benefit plans. Only 38% of Fortune 1000 companies offered a pension plan in 2010. That number is down from 59% in 2004. Of those companies with a plan, 35% of those were frozen and 2% were in the process of terminating the plan. Contrast this with the public sector where most workers can expect a pension linked to their final salary.

Politicians are at last moving to do something about the pension time-bomb and Detroit’s bankruptcy may prompt quicker action. California has lengthened the peak-salary period from which pensions are calculated from one year to three, and capped the salary at which new recruits can earn pensions at $110,000. But the rules only apply to new hires. Nevada changed the formula used to calculate pension benefits for those hired after January 1, 2010 to provide a lower payout. It also raised the retirement age for public workers from 60 to 62. Another ten states — including Iowa, Nebraska and New Mexico – have boosted employee contributions. Alaska, Utah and, surprisingly, Michigan have managed to switch to defined contribution plans (401k, 403b) for new employees.

The solution may seem simple but it won’t be easy to get passed. The retirement age for public-sector workers needs to be raised to adjust for longer life expectancies. An even better solution would occur if public-sector employees switched to defined contribution plans like 401ks and 403bs. The employers and employees contribute to a fund and the accumulated total could be converted to pension income at retirement. The amount of income will be determined by the growth of the fund from a combination of the contributions and investment return.

But no matter what happens with Detroit, this should serve as a wakeup call for public-sector workers and retirees with underfunded pensions to review their retirement plan. The Pension Rights Center in D.C. specializes in providing retirees with counseling and information about their pension benefits. The federal administration on Aging’s Pension Counseling and Information Program may also be helpful. Talk to a financial adviser and have them run a few what-if scenarios to determine the impact of something happening to your pension.

Younger workers would do well to plan alternatives even if pensions survive in some form. Most likely they would play a smaller part in your retirement plan. There are a number of alternative retirement strategies that can provide similar or greater rates of return for retirement: