Non-Profit Pledge Obligations: What You Need to Know 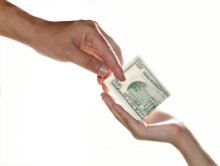 Your favorite non-profit is running a capital campaign. They approach you for support asking for an amount larger than you are willing to write a check for today. No problem. You can contribute part of it each year over a three to five-year period. When you commit to this in writing, it is considered a pledge. The non-profit can take these pledges to a bank and borrow the money to complete its project now and pay back the bank as the pledges are received.

When Charitable Pledges are Enforceable

Most courts view charitable pledges as legally enforceable commitments. State law determines a pledge’s enforceability. A conflict can arise between state laws when the donor and the charity are in different states. Pledges have been held binding because:

The directors of a nonprofit corporation or the trustees of a charitable trust may have a duty to pursue the collection of legally enforceable pledges. Donors who decline to fulfill a pledge and clearly have adequate resources may force directors to act to fulfill their fiduciary duty. Pledges are considered assets of the non-profit. Failure to protect those assets could result in personal liability for the director or trustee.

In extreme cases, failure to collect a pledge could be considered forgiveness. Forgiving a pledge could be interpreted as a gift back to the donor which is not an appropriate use of charitable assets. The IRS could impose sanctions against the organization and possibly jeopardize the non-profit’s tax-exempt status.

This may seem extreme and a highly improbable action for a non-profit to take. Non-profits may have the right to sue donors over pledge defaults. The board of directors does have a duty to preserve non-profit assets, but no court to date has held a non-profit liable for refusing to enforce a pledge. The cost of taking legal action and the impact a lawsuit might have on the relationships with other donors must all be considered.

You might think a prudent way to address this issue would be to contribute the full amount to a donor advised fund (DAF) and distribute it annually from the fund to fulfill your pledge. This might make a lot of sense if you are using appreciated securities to fund the gift. A DAF can easily handle the gift of securities and convert it to cash without paying capital gains tax. Unfortunately, IRS rules prohibit a taxpayer from fulfilling a legally enforceable pledge with a payment from a DAF.

The Tax Cuts and Jobs Act (TCJA) passed at the end of 2017 provided some relief on the issue of using a DAF to fulfill a pledge. IRS Notice 2017-73 states donors can now utilize grant recommendations from a DAF to satisfy a pledge provided the following requirements are met:

In summary, the pledge process is an important part of fundraising for non-profits. Don’t make a pledge without careful consideration of how you will be able to fulfill the obligation, and where those dollars will be coming from.