Understanding The Tax Cuts and Jobs Act of 2017 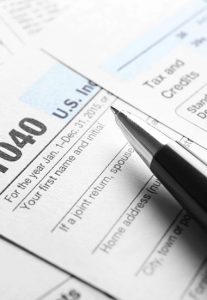 The Tax Cuts and Jobs Act of 2017 (TCJA) was signed into law by President Trump on December 22, 2017. Many of the provisions in the bill went into effect at the beginning of 2018. The bill falls short on many of the simplification goals I wrote about in my November 9, 2017 newsletter, What Might Tax Reform Look Like Under President Trump. The Alternative Minimum Tax and the Medicare Surtax did not go away. The new rules for taxing pass-through income for small businesses adds a level of complexity. However, tax filing will be simpler for many Americans due to a change in itemized deductions. Tax brackets were lowered in exchange for a larger standard deduction. Most taxpayers will pay less under the new law.

One widely used deduction that got a lot of attention before and after TCJA was passed was the deductibility of payments for state and local income taxes and real estate taxes. Taxpayers who are still able to itemize deductions will only be able to deduct up to a limit of $10,000 of combined state and local income taxes and property taxes (or sales tax) paid. This $10,000 limit applies to both individuals and married couples.

The $10,000 cap on deducting state and local taxes received a lot of media attention at the end of 2017 regarding tax planning. Homeowners scrambled to prepay 2018 real estate taxes to deduct them in 2017 while the deduction was still unlimited. Some local governments attempted to revise their systems to accept prepayments for the 2018-19 year to accommodate homeowners. The IRS acted quickly to rein in prepayments of these taxes. Their position is that prepayments will only be deductible if the property tax was assessed in 2017. Taxpayers will not be able to deduct 2017 prepayments of 2018-19 real estate taxes that won’t be assessed until sometime during 2018. Even if the local government accepted the prepayments.

Another deduction that has been modified is the interest payments on a mortgage loan for residential real estate. Taxpayers may only deduct interest on indebtedness up to $750,000 (married filing jointly) used to acquire qualifying real estate for loans taken out after December 15, 2017. The current $1 million indebtedness limitation still applies for loans in place before that date. Interest on home equity loans will no longer be deductible. Interest on debt used to acquire, build, or improve a primary residence will continue to be deductible under TCJA within the new limits for both a principal residence and a qualifying second home.

The deduction of charitable gifts was left virtually unchanged. The charitable deduction for cash donations to public charities was expanded from 50% of AGI to 60%. The larger implication to charities may be the expansion of the standard deduction. Fewer taxpayers will be able to deduct charitable gifts going forward. Charitable taxpayers may want to consider lumping several years of charitable contributions into a single calendar year to receive tax benefits. A donor-advised fund (DAF) is an easy way to accomplish this goal. A taxpayer could gift $50,000 to a DAF in one calendar year which would allow them to itemize the deduction. $10,000 could be distributed from the fund to charities each year over five years. The cycle could then be repeated to maximize the tax benefits.

Finally, the phase-out/cap on itemized deductions for high-income taxpayers known as the Pease Amendment Limit was repealed in TCJA. This was a significant tax penalty for taxpayers who had both a high income and high levels of itemized deductions. It was estimated that the Pease limitations increased a taxpayer’s marginal tax rate by about 1%.

As we ponder tax planning in 2018, keep in mind paying taxes now is not necessarily bad. We look to keep the amount of new taxes incurred below where it would move a client into a new and higher tax bracket. These calculations are complex and may be better performed by a financial adviser experienced in tax planning. Tax rates may or may not be lower in the future. Many of the provisions of TCJA are temporary and could revert to the old tax law in a few years. A smart overall tax strategy should defer some–but not all–tax liability to avoid the risk of paying tax at a higher rate in the future.