How has Medicare changed life for seniors in this country? 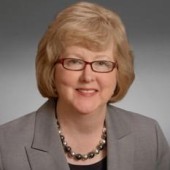 Fifty years ago, on July 30th, 1965, President Lyndon B. Johnson signed the Medicare and Medicaid Bill into law as part of his “Great Society” initiative. Public Law 89-97 amended the Social Security Act by adding Titles XVIII for Medicare and XIX for Medicaid. This historic signing took place at the Truman Presidential Library in Independence, Missouri to honor former President Harry Truman. During his political career, President Truman was a strong advocate for national health insurance and he received the very first Medicare card.

How has Medicare changed life for seniors in this country?1

Cost of Health Insurance for Seniors – In 1962, a Blue Cross “state 65″ insurance plan cost $600 per year or approximately 25% of a senior’s 1962 $2,875 annual income. More than 25% of all seniors went without medical care due to health insurance costs. Today, the vast majority of Americans over 65 pay a much more modest percentage of their monthly Social Security benefit for Medicare Part B. Medicare Part A is free.

Poverty – Before Medicare, 33% of all seniors were living in poverty. Today, less than half that number, or 14%, live in poverty.

There have been other social benefits. In 1965 any hospital wishing to accept Medicare was required to desegregate. As a result, over 1000 hospitals integrated staff and patients in 4 months. In 1985 any hospital that participated in Medicare and had an ER was required to provide basic stabilizing treatment to all regardless of insurance status.

There have been other enhancements to Medicare since its introduction 50 years ago.2

1972    Disability coverage for those under 65 provided

Medicare has been a boon to the health and well-being of seniors and the disabled in our nation. Just remember when it wasn’t so.