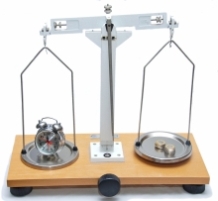 I was struck by the contrast of two couples I met with recently who were prospective clients for Rodgers & Associates. Both couples were in their late 50s and were planning to retire in five years. Both had accumulated similar amounts of assets for retirement.

The contrast was in their current spending habits. Couple one had balanced their savings between tax-deferred and after-tax accounts. They had no debt and weren’t really sure if they would actually retire in five years. They liked their jobs and didn’t have a great interest in traveling or any other interest. Couple two had only tax-deferred savings and even had some outstanding loans against their 401(k)s. They had a mortgage and home equity credit line against their home. They also had a car loan and balances on credit cards. They were anxious to retire so they could start doing the things they wanted.

Meeting with these two contrasting couples reminded me how important it is to have balance in our financial lives. What is the point of saving if you never enjoy it? It’s important to save for rainy days, as long as the saving doesn’t turn into hoarding.

Ecclesiastes 2:21 reminds us, “Some people work wisely with knowledge and skill, then must leave the fruit of their efforts to someone who hasn’t worked for it. This, too, is meaningless, a great tragedy.” In other words, what you don’t spend, either the government or your heirs will.

Striking the Right Balance Between Saving and Spending

The authors of a book[1] on this topic laid out five principles for wise spending:

My parents both grew up in the shadow of the Great Depression. My father’s parents lost their farm in the Depression and raised 15 children. His philosophy on money was to never spend money on anything, ever. His vision of retirement was to sell the family farm and buy a motor home. They were going to travel and visit their grandchildren. An unfortunate accident left my dad with ongoing problems from blood clots in his legs, which made it difficult for him to walk. They were able to take a few bus trips but never traveled like they planned.

You have to find the balance between living for today and saving for the future. You should spread out the pleasures of life in order to enjoy the journey. It’s important to have something to look forward to. I had a client early in my career who was always happy and looked great. He was in his 80s but looked 20 years younger. I asked him, “What is your secret?” He told me to make sure you have things scheduled each week. You should always have a reason to get up in the morning. If you don’t have a reason to get out of bed, one day you won’t.

Deciding How Best To Spend Your Money

It’s not uncommon to find people like couple one above who tell me they don’t really want to retire. I suggest not thinking of it as retirement. My recommendation is to plan for financial independence so you own your time. Save and invest to reach a point where there is no debt hanging over you or others who are controlling your fate. Set yourself up so you don’t have to go to work to earn a living, but go to work because you enjoy it. That way, if another opportunity arises that you want to pursue, you’re not stuck in your job because you need the paycheck.

Another good use of money is to spend it on things that free up your time. This might mean hiring a house cleaner or paying for lawn care. My brother-in-law thinks I’m foolish for paying someone to change the oil in my car. While I’m capable of doing this job, I don’t like working on cars. He does. I understand his point of view but it’s not how I want to spend my time.

A recent study[2] explored the ways in which charitable behavior can lead to benefits for the giver. The study identified five ways that giving your money or time for a cause can benefit your psychological, spiritual and emotional well-being.

I hope this newsletter encourages you to seek the right financial balance in your life. Balance should be part of everyone’s financial plan.

[2]Feeling Good about Giving: The Benefits (and Costs) of Self-Interested Charitable Behavior.