Why a Happy, Healthy Retirement Is About More Than Just Money 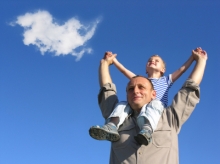 In the beginning, there was no retirement. There were few old people. Most people were fully employed in their teens and worked until they died in their mid-30s. In those days, it was customary to carry on until you dropped, regardless of your age group — no golf, no Airstream travel trailer, no retirement. When a patriarch could no longer farm, herd cattle or pitch a tent, he opted for more specialized, less labor-intensive work. Those who couldn’t work moved in with their children.

This may seem like a long time ago but the concept of retirement has not been around that many years. Marxists were threatening to take control of Europe in the late 1800s. Chancellor Otto von Bismarck of Germany announced in 1883 that he would pay a pension to any nonworking German over age 70 to keep his countrymen from embracing communism. Hardly anyone lived to be 70 at the time, given that penicillin would not be available for another half century. The age was reduced to 65 in 1916, 18 years after Bismarck’s death. Ultimately, that set the arbitrary world standard for the exact year at which old age begins and established the precedent that government should pay people for growing old. One hundred years later, the age most people view as retirement age has not changed much although life expectancy has increased considerably.

The concept of moving older less productive workers out of jobs through pensions caught on in the 1930s. Larger companies and labor unions started offering pensions to their workers so that 20% of the labor force was covered by the end of the decade. Railroads were among the country’s largest employers at the time. Thirty years of service was required to qualify for a railroad pension and retirement was mandatory at age 70.

The modern concept of retiring in leisure did not evolve until the second half of the twentieth century. The growth of pensions and the start of Social Security was only part of the reason. Another major factor is that leisure has become more affordable and attractive over the last century. Television, for example, allows people to enjoy concerts and sporting events at a very low price. Golf courses and swimming pools, once available only to the rich, are now publicly provided. Meanwhile, advances in health have allowed people to enjoy leisure and travel well into old age. All of these factors have made retirement so much more attractive.

Many people idealized the image of retirement. Being able to do what you feel like doing when you want to do it. Being stress free and enjoying leisure are key elements because retirement is considered to be a just reward for a lifetime of hard work. Today, retirement is typically an extended period of self-financed independence and leisure. The world’s definition of retirement revolves around the idea of withdrawing from one’s work or labor. It gives the idea of enjoying life to the fullest without obligation, commitment or worry.

Would you really be happier if you didn’t work? Working has actually been found to be a key ingredient to a healthier life. A recent study from Oregon State University found that working past age 65 could lead to longer life, while retiring early may be a risk factor for dying earlier.

Other studies have found that working longer contributes to better mental health as well as physical health. Human beings are social by nature. We thrive on interaction with each other which can be found daily through work. Thinking, problem-solving and socializing boosts our mental state and keeps the mind fresh. Working also involves physical activities associated with getting to and from work, going to lunch, and other activities that promote good health.

Having a job helps our self-esteem and gives the worker a sense of worth which explains why people get depressed when they lose their job. It is often through our job that we can make a contribution to society. We feel useful and valuable to our community. Human beings do best when they have a purpose in life.

We need to change our vision of retirement to one of a career change. It can still be a time of self-financed independence but we need to continue to contribute to society. Find ways to use your problem-solving skills and stay engaged in the community. This should be a requirement for people planning to retire.

The term “retirement” should be replaced with “financial independence”. Why plan and save for retirement so you can stop working and die young? Instead we should plan and save to become financially independent so we no longer have to work for a living. We can work at what we love to do, whether it pays or not, and live longer and healthier lives.