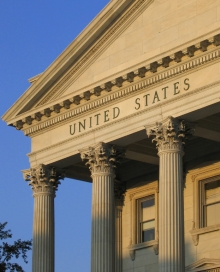 Many advisers were taken by surprise with the U.S. Tax Court’s recent ruling on IRA rollovers. In Bobrow v. Commissioner, (T.C. Memo. 2014-21), the Tax Court held the one IRA rollover per year rules applies to all the IRA accounts of a taxpayer collectively. Not to each IRA account individually. This ruling is contrary to the long-standing interpretation of IRS Publication 590’s statement to the contrary.

The Internal Revenue Code allows taxpayers to take a distribution from an IRA and avoid tax consequences by rolling the funds over to an IRA within 60 days. The tax code permits one IRA rollover in a 12-month period. Prior to the Tax Court’s ruling, the one rollover per year rule was interpreted to apply to IRAs on an account-by-account basis. A taxpayer with several IRA accounts could take a 60-day rollover from each account allowing multiple IRA rollovers in a 12-month period. The new ruling applies the 1 per year IRA rollover rule in the aggregate across all IRAs, invalidating the separate IRA rollover treatment.

This ruling has no impact on direct transfers between IRA accounts or rollovers from an employer’s plan to an IRA. In these transactions, the taxpayer never touches the money. A trustee-to-trustee transfer is the best way for IRA money to be moved from one IRA to another. The money goes directly from one IRA custodian to another. There is no 60-day deadline and the once-per-year rule does not apply. IRA owners may continue to make as many direct transfers as they like.

The ruling has no impact on Roth conversions. When funds are converted from an IRA or employer plan (401(k), 403(b), etc.) to a Roth IRA, indirectly using the 60-day rollover, the conversion does not count as a rollover for purposes of the once-per-year rule.   IRA recharacterizations are also not affected by the ruling.

The tax consequences of not following the new ruling can be severe. Attempting to make more than one IRA-to-IRA or Roth IRA-to-Roth IRA rollover within a 12-month period will result in the second distribution being considered a taxable distribution. The 10% penalty for early distributions will apply if the taxpayer is under age 59 ½ when the transaction occurs. While the IRS has the authority to waive the 60-day rollover rule, it may not waive the once-a-year IRA-to-IRA rollover rule. Finally, the funds from the second distribution will become subject to the 6% excess contribution penalty if the taxpayer allows them to remain within an IRA. The 6% penalty will apply to each year the excess remains in the IRA account.

The IRS acknowledged that this ruling is a significant departure from the standard view of IRS Publication 590’s rollover limitation. Because of its significance, the IRS says it will not apply the ruling to any rollover that involves an IRA distribution occurring before January 1, 2015. In effect, the new ruling doesn’t start until next year.

The new ruling is a potentially costly tax trap. Taxpayers should do a direct trustee-to-trustee transfer when moving funds between IRAs. This type of transfer is not considered a rollover and therefore not subject to the once-per-year problems. If you must do a rollover, pay close attention to the transaction date to make sure the 12-month period has passed before attempting another rollover.