How Obama’s Proposed Tax Changes Could Impact Your IRA 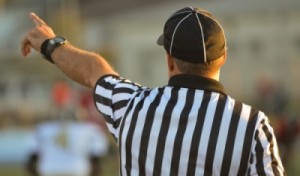 The President addresses this issue by attempting to ensure near universal access to workplace retirement accounts by:

The President intends to propose legislation that would allow employers to come together and form pooled 401(k)s, resulting in lower costs and less burden for each employer. This provision would be extended to certain nonprofits and other intermediaries who could create pooled plans for contractors and other self-employed workers. Independent contractors participating in a pooled plan using that structure can contribute no matter which client is paying them.

Another provision of the budget to limit contributions by upper income workers would create a 28% maximum tax benefit for contributions to retirement accounts. Tax deductible contributions to any type of retirement plan would be limited to a maximum tax benefit of 28% in any one tax year.
Only taxpayers in the top three tax brackets – 33%, 35%, or 39.6% – would be affected by this rule. The worker could still make the maximum annual contribution allowed to the retirement plan but part would be considered after-tax. This would be similar to making non-deductible IRA contributions under current law. The budget extends this 28% cap to other specified above-the-line deductions and income exclusions, as well as all itemized deductions.

The latest budget also proposes eliminating the stretch IRA rules of non-spouse beneficiaries of IRAs. The rule would require that inherited IRAs be completely distributed by the fifth year after the death of the owner. The rule would apply to both traditional and Roth IRAs. There would be three exceptions:

This is the fifth year in a row the President’s budget proposal recommended this change. Current law allows non-spouse beneficiaries to extend IRA distributions from their inherited retirement accounts over their life expectancy. Should this provision become law it would effectively be the end of the stretch IRAs. The potential tax deferral provided by an inherited retirement account would be reduced. Distributions would most likely be larger and become taxed at higher tax brackets. The budget estimates an additional $5.5 billion in tax revenue over the next decade once this rule takes effect.

Existing IRA beneficiaries who are currently stretching distributions over their life expectancy would not be impacted. It would impact only those who inherit an IRA after the rule is enacted.

Many of the proposals in the 2017 budget have been presented before and a few have been tweaked since last year. It seems unlikely that any rule changes will be enacted this year given that tax legislation is slow during an election year. However, most of these ideas have been around for a while and a new administration could decide it’s time to act on them.