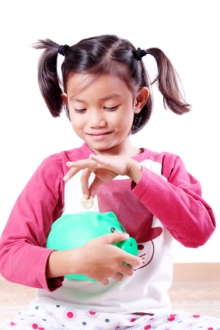 Deposit insurance depends a lot on what kind of account you have and what is actually held inside the account. You should understand how accounts are insured before you make a deposit. After the firm goes into receivership may be too late. It’s important to understand the differences between FDIC and SIPC insurances. Here is a breakdown of each.

FDIC is an independent agency of the United States government that protects the deposits in banks and savings associations. FDIC insurance is backed by the full faith and credit of the United States government. This insurance covers depositors’ accounts at each insured bank, dollar for dollar, up to the insurance limit. The agency was created during the depression to restore the public’s faith in the banking system. Since the FDIC was established in 1933, no depositor has lost a penny of FDIC-insured funds.

What does FDIC insurance cover?

What FDIC insurance does not cover is financial products and services that many banks offer today – stocks, bonds, mutual funds, life insurance policies, annuities or securities.

The standard deposit insurance amount is $250,000 per depositor, per insured bank, for each account ownership category. Deposits held in different ownership categories are separately insured. Joint accounts are insured for $250,000 per owner up to a maximum of $500,000. A couple could each have individual accounts and a joint account; the individual accounts would be insured separately up to $250,000 while the joint account would be insured up to $500,000. They could each open IRA accounts at the same bank and the IRAs would be separately insured. The same couple could go to a different insured bank and do the same thing and repeat the coverage.

When a bank fails, the FDIC pays insurance to depositors up to the insurance limit typically within a few days after a bank closes. The payment is either:

SIPC protects investors against the loss of cash and securities – such as stocks and bonds – held by a customer at a financially-troubled SIPC-member brokerage firm. SIPC is not an agency or establishment of the United States Government. SIPC is a non-profit membership corporation created under the Securities Investor Protection Act of 1970.

SIPC protects accounts up to $500,000, which includes a $250,000 limit for cash. Like FDIC insurance, insurance coverage is by each ownership category. Individual accounts, joint accounts, and individual retirement accounts would have separate insurance coverage. Unlike FDIC insurance, SIPC only protects the custody function of the broker dealer. In other words, they work to make sure the investor receives their securities and cash that were held in their account when the brokerage firm closed. SIPC replaces the missing stocks and other securities when it is possible to do so.

SIPC insurance does not:

A recent notable limitation to SIPC insurance protection arose from the exposure of Bernard Madoff’s fraud since securities had not actually been purchased. SIPC successfully challenged the claims of about half of Madoff’s customers by arguing that over time they had withdrawn more funds than they invested. Since they had a negative net equity position, they were not eligible for SIPC protection.

SIPC is not backed by the US Government. However, the Dodd-Frank Wall Street Reform & Consumer Protection Act increased the SIPC’s line of credit with the US Treasury to $2.5 billion. According to their website, the SIPC has recovered $134 billion of assets for 773,000 investors since it was created in 1970.