How You’re Saving For Retirement Is More Important Than Ever – Here’s Why. 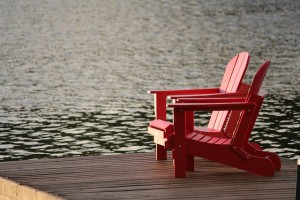 The IRS Statistics of Income (SOI) program recently released data on taxpayers who hold IRAs for the tax year of 2013. The SOI program was mandated by the Revenue Act of 1916 to collect and process data. The data is made public and is used by a variety of Federal agencies, academics, and researchers. It’s used to analyze tax policy, project tax revenues, and estimate the overall impact of tax law changes and their effects on tax collections.

The 2013 data on IRAs estimates the total value of all types of IRAs (Traditional, SEP, SIMPLE, and Roth) at $6.8 trillion. Total IRA values had reached a peak of $4.7 trillion in 2007 before the great panic of 2008 reduced values to $3.7 trillion. The new report shows that IRAs have not only recovered but have increased in value by nearly 50%.

Roth IRA accounts totaled $547 billion representing only 8% of the total. The SOI program does not break out how much of traditional IRA balances are after-tax contributions. Presumably most of $6.3 trillion not in Roth IRAs are pre-tax dollars.

The Bureau of Labor Statistics reported the total assets held in employer-sponsored retirement plans were $11.3 trillion at the end of 2014. Public sector defined benefit accounts were estimated to be worth $3.5 trillion, another $458 billion is held in defined contribution accounts and $241 billion in 457 plans. Total retirement assets, including public, private, 403(b) plans and IRAs are about $22.9 trillion. More than 95% is pre-tax dollars.

Should there be concern about how we are saving for retirement?

The current national debt stands at $19.4 trillion and will soon top $20 trillion. It has nearly doubled during President Obama’s two terms in office. Of the $19.4 trillion, $2.8 trillion is held by the Social Security Trust Fund. It’s estimated that Social Security will begin spending down the trust fund in 2019 which will accelerate the growth rate of our national debt. $22 trillion of untaxed assets will start to look very appealing to cash hungry politicians.

President Obama proposed capping tax-advantaged savings across all accounts at $3 million in 2013. An excise tax could be levied against those with more than $3 million in retirement accounts. There was a 15% excise tax imposed on excess distributions from qualified retirement plans, tax-sheltered annuities, and IRAs back in the mid-1990s under President Bill Clinton. Presidential candidate Hillary Clinton has stated she believes Social Security benefits should be expanded. That could be paid for by bringing back the excise tax and dedicating the proceeds to Social Security.

Anyone who has done a good job saving for their retirement on their own should consider the chance that Social Security benefits will be means tested in the future. This is an important factor to consider when planning the start of Social Security benefits. Means testing of benefits already takes place in the form of taxation. It would not be a big stretch to propose only providing monthly benefits to retirees who have less than a certain amount of non-Social Security annual income. Means testing could take the form of even more increases in income taxes, a reduction in benefits, a surtax, or some other method[1].

One proposal[2] suggested would reduce Social Security benefits for individual retirees with more than $55,000 of non-Social Security income. Their benefits would be reduced by about 1.8% for every $1,000 of income they have over the threshold. The threshold would be doubled for couples drawing Social Security. This proposal would affect 9% of current Social Security recipients. This type of means testing is similar to what is already happening to Medicare Part B premiums. The Medicare Modernization Act of 2003 required that high-income enrollees pay higher premiums starting in 2007. These premium “adjustments” are based on the retiree’s adjusted gross income (AGI). Single retirees whose income exceeds $85,000, and couples whose income exceeds $170,000, are subject to higher premium amounts. Income thresholds used to determine Part B premium adjustments for 2016 through 2019 are frozen at the 2010 levels.

Monthly Medicare Part B Premiums for 2016

Click here for a larger version of the chart.

We need to think differently about our retirement savings as we move forward.

It is easier to save in a tax-deferred account because there is an immediate tax benefit. The tax benefit that comes from saving in a Roth IRA or Roth 401(k) is not realized until after retirement. However, you will need both if you want to be in a lower tax bracket during retirement and not have your Social Security benefits means tested away from you.

Saving for retirement needs to be balanced – some tax benefits today through tax deferral with some deferred until retirement. Otherwise you’ll find yourself in retirement with 95% of your savings in tax deferred accounts. Every time you want a dollar to spend you will need to withdraw $1.25 – $1.50 because some of it will be taxed. Each taxable dollar you withdraw will at minimum make some of your Social Security taxable. If means testing is passed it will make some or all of the benefits go away.

Retirement planning has always been an important financial goal for most Americans.

Retirement planning today needs to be strategic and tax efficient.