How To Avoid Paying Taxes Twice on the Same Income 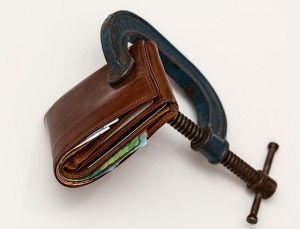 What’s worse than paying income taxes? Paying taxes on the same income twice. Before putting away your 2015 tax folder, make sure your return contained Form 8606 if you have after-tax contributions in your IRA or Roth IRA account.

Tax Form 8606 keeps track of the after-tax balance in an IRA. It’s what accountants refer to as basis. Basis in an IRA is created when a taxpayer makes a contribution to their IRA that cannot be deducted. Any taxpayers can make an IRA contribution provided they have earned income and are not older than age 70 ½. The deductibility of any contribution is based on income and whether or not the taxpayer is covered by an employer retirement plan. Taxpayers who are married filing joint returns can be affected if their spouse is covered by an employer plan. A taxpayer may also choose not to claim the deduction even if they are eligible.

The popularity of Roth IRAs has made Form 8606 more common because all Roth IRA contributions are after-tax. Taxpayers must file the form every year a non-deductible IRA contribution is made or any year a distribution from an IRA that contains after-tax amounts is taken. This requirement doesn’t include rollovers of after-tax amounts from employer plans according to IRS publication 590. However, it is a good idea to file the form anyway for your records.

The form is fairly simple to complete. There are three parts to the form:

Taxpayers should keep documentation in their tax file to back up their 8606. Documentation may include:

This may sound like a lot of paper shuffling at first. However, it is extremely important to keep track of after-tax basis in an IRA and establish a paper trail to back it up. The IRS assumes all distributions from an IRA are 100% taxable. The 8606 is the taxpayer’s tool to show that taxes have been paid on some portion of the distribution already and to document the amount that’s taxable. The IRA custodian is not required to keep track of the after-tax balance in an IRA. The employer keeps track of after-tax balances in their employee’s retirement accounts but with an IRA the responsibility rests solely on the account owner.

There are certain situations where the taxpayer was not involved in creating IRA basis. For instance, when an IRA with basis is divided due to divorce. IRA assets transferred from one spouse to another are not taxable to either spouse if the transfer is in accordance with the divorce or legal separation agreement provided the assets remain in an IRA. Both spouses should file Form 8606 to show the new amount of after-tax contributions in their IRAs. A letter explaining the change should be attached to their tax return and maintained in the tax file.

Another situation where basis is often overlooked is in the case of an inherited IRA. Beneficiaries of IRAs with after-tax contributions need to file Form 8606 to claim the non-deductible portion of their required minimum distribution. Many beneficiaries never bother trying to determine if the IRA they inherited has an after-tax basis. The executor may not know unless they go back through tax returns of the deceased to determine if Form 8606 had been filed in earlier years. IRA beneficiaries should ask about after-tax contributions and research prior year tax returns if necessary.

When changing tax professionals, taxpayers need to inform their new tax preparer or accountant of after-tax IRA contributions. An 8606 need only be filed in a year there is a contribution or distribution. The new preparer needs to know the last year an 8606 was filed in order to pick up the correct basis information.

You could reduce your tax burden by filing this form when required. Neglecting to file could result in being double taxed on those funds (since you were already taxed on the income contributed to the fund).

Being diligent about filing form 8606 can also avoid headaches when beginning to draw down retirement accounts. Distributions from retirement accounts with after-tax balances are subject to special rules determining the ratio of taxable and non-taxable amounts. You should seek the assistance from a competent tax or retirement planner to help plan these distributions and then report them properly.